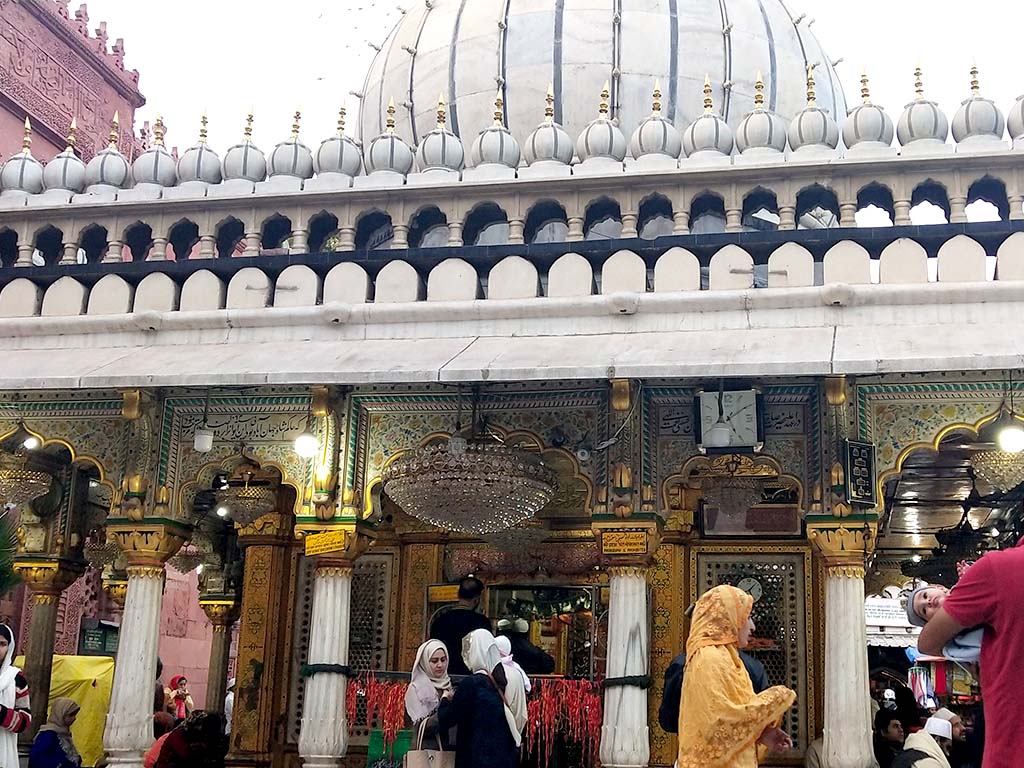 This mystical destination is the shrine of one of the world’s most famous Sufi saints Nizam-ud-din Auliya. The approach to the Dargah is lined with shops selling amulets, charms, chadars and other trinkets. Thursday evenings offer a magical ambience when the place comes alive with the sound of qawwali (sufi devotional singing) that mesmerizes the crowds of locals and tourists which gather specially for the weekly affair.

Nizam-ud-din Auliya, born in 1238 in Uttar Pradesh, travelled to Delhi to preach the Sufi Order of Chisti and motivated his followers to develop brotherhood and lively peacefully regardless of religion, caste and creed. This mausoleum was constructed in the 14th century by Muhammad Bin Tughlaq of the Tughlaq Dynasty, who was also a devotee of the widely-revered Sufi saint.

Delhi is well-connected to all the other Indian states via flights, trains, and buses. Trains connect from the Old Delhi, New Delhi and Hazrat Nizamuddin Railway stations, amongst many others. The main bus stand for the city is the Inter-State Bus Terminal at Kashmiri Gate, which is 17km away from Hazrat Nizamuddin Dargah.

The closest bus stand is the Nizamuddin Police Station bus stand with a distance of 450m. The closest metro station is the Jawaharlal Nehru Metro Station on the Violet Line, 1.1 km away from the Dargah.

Plenty more to HopOn Near the Hazrat Nizamuddin Dargah…

The India Habitat Centre is only 1.9 km from the Dargah and hosts several art exhibitions throughout the year in their complex which is famous for its architecture.

Khan Market is 2.4km away and has a variety of restaurants and cafes to suit every taste.

Where to stay near the Hazrat Nizamuddin Dargah?

“La Sagrita” is a 4-star property located in the quiet Sundar Nagar neighbourhood, is only 2km away.

“Olive Service Apartments” is a self-catering 3-star accommodation in the beautiful neighbourhood of Defence Colony, at the distance of 3.9km

“Paradiso Furnished Studio” is an AirBnB stay located in the A-block of Nizamuddin East, a posh locality, within walking distance of the Nizamuddin Dargah.

“Moustache Hostel” has dormitories and double rooms for guests and is located in the vibrant area of New Friends Colony, at a distance of 4.6 km.

“Colonel’s Retreat 2” is a homestay located in the D-block of Defence Colony, it is at a distance of 3.4 km from the Nizamuddin Dargah.

The Purana Quila (Old Fort) is a 16th century fort which today greets visitors with its green landscape with ancient architecture set within. The Sound and Light show every evening is energizing and an ode to the city of Delhi.

Café Lota, the museum café of the National Crafts Museum, is a must-visit for anyone looking to discover pan-Indian cuisine in a contemporary avatar.

The Lotus Temple is a house of worship open to all religions and a must-visit for its architecture and the magical spaces created inside.

Dilli Haat is an open air food court and craft bazaar hosting artists, performers and food stalls from every state of India.

Do you have questions? Need more information? Write to us at contact@hoponindia.com