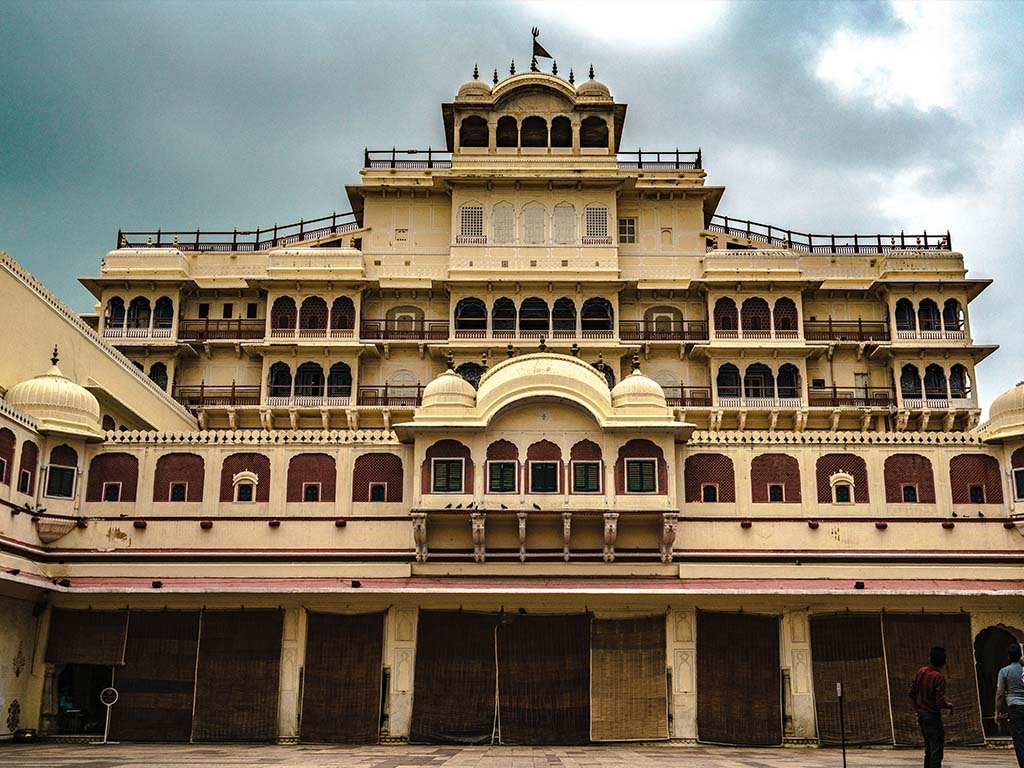 The pink-walled City Palace in Jaipur gives us a peek into the magic of Royal Rajasthan. The days of royalty ended with India’s independence from British rule seven decades ago, but this palace with its courtyards, halls, gardens and collections of curious and exquisite artefacts used by the Jaipur royal family brings alive a different era. Don’t miss the two 345-kg silver pitchers called Gangajalis in which Maharaja Madho Singh, a pious Hindu, carried the water of the holy Ganga with him on a trip to England.

The Kachchawa rulers of Amer had close ties with the Mughal Empire. Maharaja Man Singh was a general in the Mughal army and one of their princesses Jodha Bai was married to Emperor Akbar. The planned city of Jaipur was built by the Amer royals in 1727. The royal residence – the City Palace – blends Indian and Islamic architecture styles. It was converted into a museum after the princely states became a part of the Indian Republic. Look out for the buggy-khana or carriage house and the weapons museum. The Jaipur royals continue to live in a part of the palace which is closed to the public.

There are direct flights to Jaipur from major Indian cities like Delhi, Mumbai, Bangalore, Kolkata, Chennai and Hyderabad as well as trains.

The NH8 connects Jaipur to Delhi. Air-conditioned buses ply regularly on this route. You could also hire a car.

The City Palace is an unmissable landmark of the Pink City – the old or walled city of Jaipur. You can hire a cab or take an auto or a cycle-rickshaw to take you there depending on where your hotel is located.

The Jantar Mantar, Hawa Mahal and the Pink City’s bustling bazaars are all located a stone’s throw from the City Palace. The Jantar Mantar is an 18th century observatory. It looks like a collection of large stone sculptures which are actually instruments that help to tell the time and predict eclipses and generally read the constellations. The exquisite Hawa Mahal is an extension of the City Palace. From its jharokas and terraces, women of the palace could watch royal processions and festivities and catch life on the streets. HopOn India’s Royal Rajasthan walk through the streets of the Pink City introduces you to these sites and more.

If you are in Jaipur you absolutely must go shopping. There’s a treasure trove waiting out there. Buy colourful lehengas, saris and dupattas in bandhani and leheriya in Johri Bazaar. The smaller lanes have outlets selling gold, silver and semi-precious stone studded jewellery. You’ll also find plenty of shops selling the lightweight Jaipuri quilts. Don’t go home without one. You must try authentic Rajasthani cuisine. Head to the Chokhi Dhani village resort to enjoy mouth-watering food along with a complete Rajasthani cultural experience with folk dance and music performances, puppet shows and elephant and camel rides.

If you have any questions do e-mail us at contact@hoponindia.com